Hello!  Welcome to Sage's White Mountain Treks!  This is my first post! :)

Union of Concerned Scientists is an amazing organization whose goal is to defend science and protect the environment.  They employ scientists who work to solve Earth's most pressing problems.  If you want to donate, click here.

After dragging ourselves out of bed, we got to the trail head a little bit later than we would have liked. It was a little bit weird, as this was the first time we have not started out in headlamps in what feels like forever.  The days are getting longer! 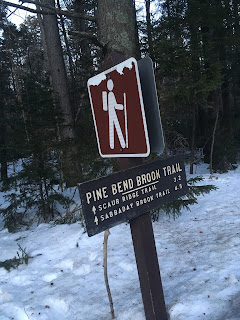 The view of the trail from the road 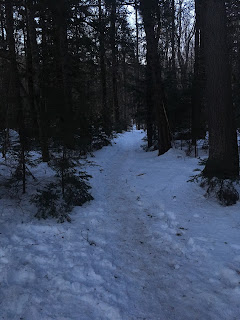 Alex and Mom, still at the trailhead.  We decided not to start in snowshoes, as the trail was fully packed out.  It was basically a sidewalk. 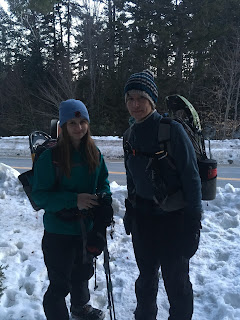 Heading up the flat/moderate section of the hike... 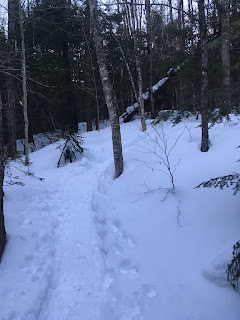 Still on the flat section, but everything's getting lighter!  We now had a view of the mountains ahead of us. 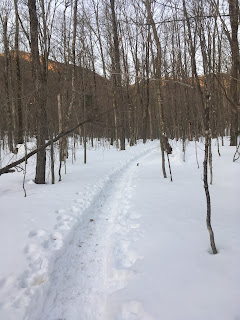 The rising sun shining through the widely spaced trees... so pretty! 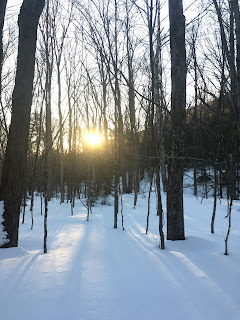 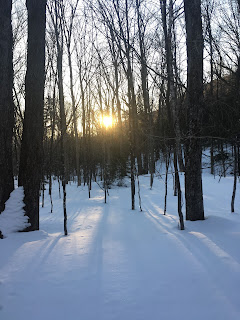 This picture is taken from the same spot as the sun pictures above.  We were about to go into some densely spaced trees. 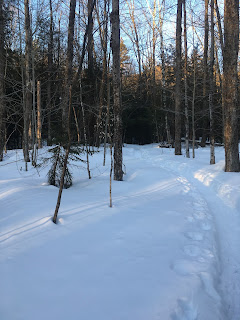 I love taking pictures where the blue sky makes the trees silhouettes.  You can see all the little branches of the trees in the picture. 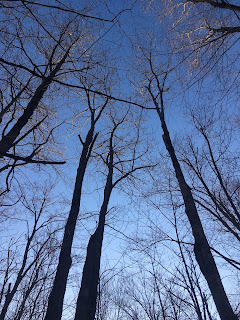 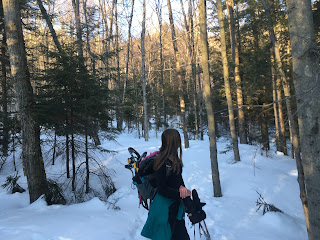 The trail started to go up more steeply, so we delayered. 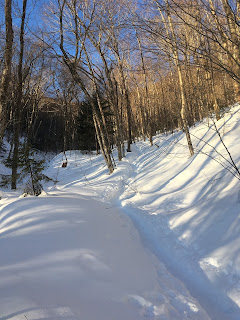 Views!  We had some great views of snow-capped Mount Washington here, as well as the other Presidentials. 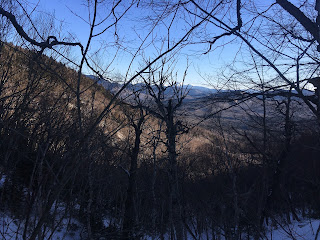 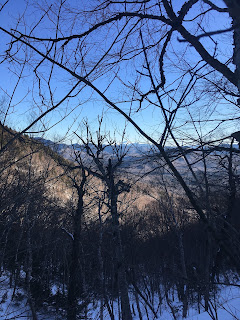 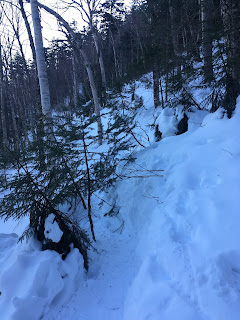 We turned into a more wooded area as we started to get to the top of this hill (where the intersection is located).  Once we got to the top, we started a very beautiful ridgewalk, but we never saw the intersection with Scaur Ridge Trail!  We walked right by it, as it was so covered in snow we didn't notice the small part of the sign sticking out. 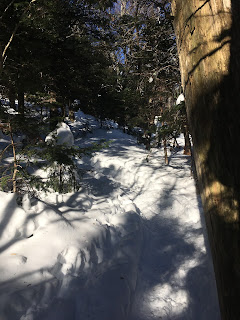 Here we are!  We got to North Tripyramid after going up the summit cone.  We had some very pretty views and some snacks. 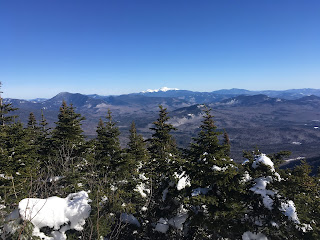 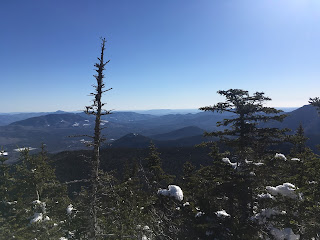 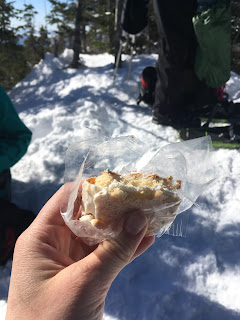 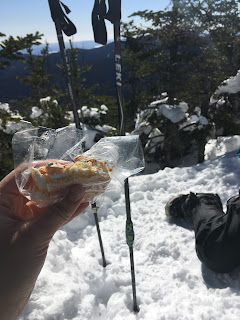 After hiking 0.8 miles on a tracked out trail, we made it to Middle Tripyramid.  We had some views, including one of the Waterville Valley ski area. 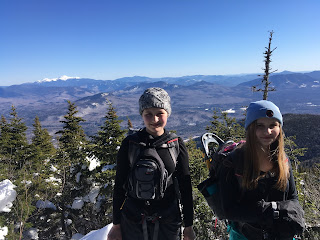 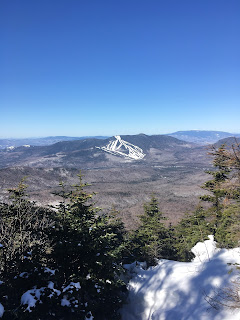 When we got back to North Tripyramid, we decided, since it was getting warmer in the day and the snow would be getting soft, to put on our snowshoes. 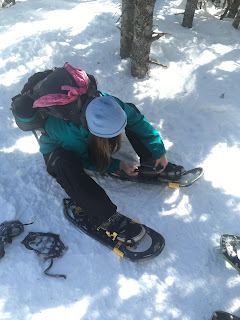 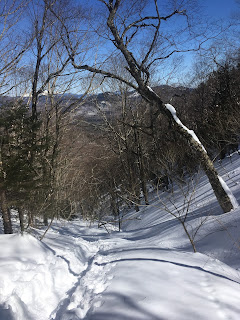 Yay!  We arrived back at the car 6 hours and 30 minutes after we started the hike.   It had been a great day with great trail conditions and weather. 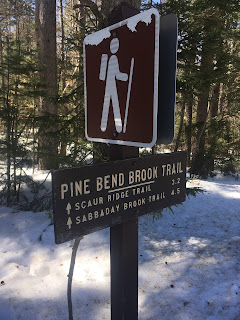 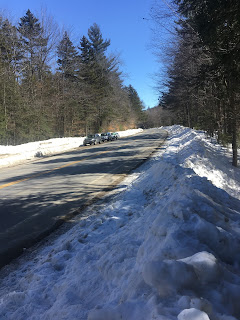 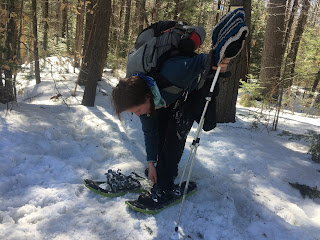 Posted by Patricia Ellis Herr, Alexandra Herr, and Sage Herr at 10:27 AM 8 comments: 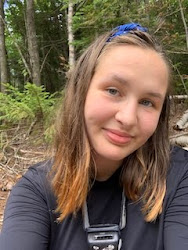